While you're here, why not subscribe to PIRC's narrative newsletter? 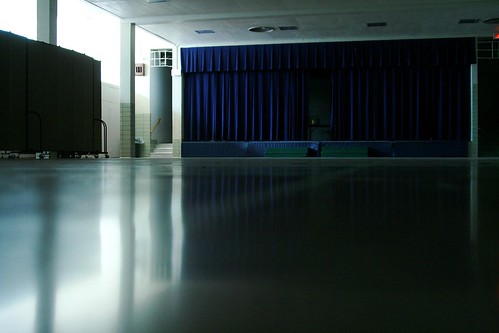 Of course it does not – and cannot. Because valuable as these analyses are, they are like the stage directions and lighting plan for a play that has no script. We know the future will be different, but the gaping hole in the middle of the low carbon future conversation is what, exactly, a low carbon future means.

As Paul Kingsnorth has emphasised, the standard response to this dilemma has been to try and find increasingly clever ways of ‘selling’ a version of the future that looks a bit like today but has less carbon in it. But ‘selling’ climate change and a low carbon future will fail, because the future is no more a product to be promoted and sold than love or fascination.

The received wisdom is that we need a ‘positive vision’ instead of doom and gloom. As Jon Alexander has pointed out, activists are fond of saying that when Martin Luther King inspired his followers to rise up against racism he told them that he had a dream – not that he had a nightmare. But this is missing the point. Crucially, he did not tell them that he had a series of targets for reducing the percentage of racism over the next fifty years, he told them a story about the future.

The lack of human ownership over what a low carbon future will be like is blocking any progress on public engagement with climate change. There is an abundance of consumption stories to fill our hopes and dreams with – but precious little in the way of sustainability hooks to hang our aspirations on. Even the most committed campaigners can only subsist on numbers, models and technical specifications for so long.

What is fascinating is that a version of the problem we face in the UK is being played out all over the world. In Uganda, where I have been conducting interviews with climate change communicators (journalists, activists, policy-makers), one of the major missing pieces of the puzzle is that there is no clear sense of what ‘sustainable development’ means. Sure, there are indicators you can identify, Millennium Development Goals to meet. But the problem is that no-one really knows what sustainable development means, in human terms.

Will life for Ugandans in the future be just a low-carbon version of Western industrialisation, with hydro-electric dams instead of coal-fired power plants? Or will they choose a different model –one that plays to the strengths of Uganda, its lush, fertile land and astounding variety of food stuffs?

Where the average Ugandan sees themselves in 20 years time is every bit as important in determining whether ‘development’ will be ‘sustainable’ as the MDGs.

In Uganda, a new initiative has just been launched by a local NGO (National Association of Professional Environmentalists) called ‘Sustainability Schools’. Taking the broadest possible interpretation of sustainability, Sustainability Schools are a kind of structured community empowerment scheme, aimed at promoting sustainable values and ethics through increasing public participation in decision making on issues like oil governance, water management and forest preservation.

The focus is as much on building social cohesion among communities, and ‘critical thinking’ as on specific sustainability issues. The logic of the Sustainability School is that only when a group of people know how to work together to hold government or industry to account, will any kind of progress on sustainability issues be achieved. In a way, sustainable development issues are a side effect of the main focus of the programme, which is on building social capital. It is a little bit like Transition Towns, but for subsistence farmers instead of middle class University lecturers.

Sustainability Schools are crucial not just for promoting sustainability issues, but for providing a rare space for citizenship to flourish. Crucially, there is no talk of numbers, budgets or targets. Instead, people are encouraged to share their hopes and dreams for the future, and through this are presented with environmental challenges.

Uganda’s environmentalists are creating a valuable new model of public engagement for sustainability – one from which the West could learn.

The Narratives We Need